The Internal Audit Report of Railways has pinpointed Rs10 billion bungling and misappropriation of funds in different projects and the land of the railways. Pakistan Tahreek-i-Insaf Chairman Imran Khan has also demanded National Accountability Bureau (NAB) act against the Railways minister’s corruption after revelation of massive corruption of Rs10 billion in the railways.

Shocking revelations in AG’s report on misappropriation worth Rs 10 billion in Pakistan Railways. Will NAB act & nab the Railways’ minister?

Saad Rafique who has been in news for these days for ‘illegally’ occupying Lahore’s famour Royal Palm Country Golf Club, now will have to satisfy PM Sharif for massive corruption in the railways under his supervision.
“PM Nawaz Sharif has summoned Saad Rafique to explain his position as how such illegalities worth Rs10b have been committed,” an official of the ruling party told Pak Destiny. 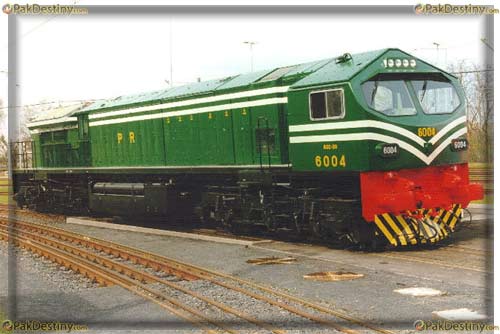 In 75-D Re-Locomotive Project the railways suffered a loss of Rs3.5b

He said the premier is not happy with Rafique after surfacing of this scandal. There are reports that NAB authorities are also considering starting probe into this scam and summon Rafique. According to the Internal Audit Report of Railways 2016, the railways has suffered Rs4b loss after its 4000 acres of land was illegally occupied

According to the Internal Audit Report of Railways 2016, the railways has suffered Rs4b loss after its 4000 acres of land was illegally occupied (in connivance with the railways officials). “In 75-D Re-Locomotive Project the railways suffered a loss of Rs3.5b. Similarly, in the purchase of Chinese Engines the railways bore Rs4b loss. The outdated Chinese engines cannot be acquired without the approval of the railways minister, the report said.

The report further reveals that Rs3.5m has been embezzled in bogus advertisements.
One glaring fact the audit report has revealed that millions of rupees the Railways received from different contractors have been deposited to the private accounts of the officials (or front men of the minister),” the audit report disclosed.

“This is a big scam of the PMLN government which has upset the premier. That’s way he has summoned Rafique to explain his position,” the official said.A NAB source said it will lay hand on the minister once the premier gives it a go-ahead. — Pak Destiny