(Pak Destiny) Axact chief executive officer and BOL TV owner Shoaib Shaikh is badly using the poor journalists of his channel to hold protests every day in all major cities to press the court to give him relief.
This shameful character takes no shame in putting pressure on the journalists working in BOL and Pak TV for his wrongdoings. 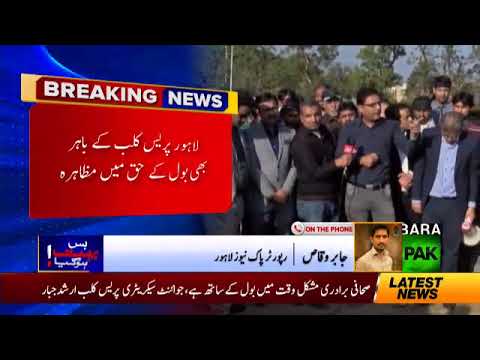 Yesterday the sessions court Karachi dismissed his bail application in a money laundering case.
The Federal Investigation Agency arrested the chief of Axact on Feb 26 after the Sindh High Court had annulled a decision of the trial court about his acquittal. Shoaib Sheikh through his lawyer moved a bail application and after hearing arguments from both sides, the additional district and sessions judge (South) dismissed the application.
Sheikh’s Axact is accused of churning out fake degrees worldwide. Since he doled out millions of rupees on his TV channels he made allegedly through fake degree business he is terribly exploiting the poor journalists working there to get out of jail. Senior journalists have asked the BOL journalists not be used by this man who caused immense damage to this otherwise noble profession. Pak Destiny