Actress Anu Aggarwal on Wednesday announced that her autobiography book Anusual Memoir of a Girl who Came Back from the Dead will be out next month. “Finally guys, Hooray! A ‘Never-say-die-story’. 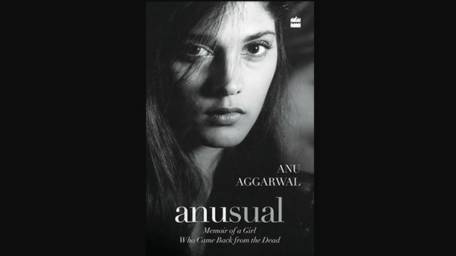 Bigger than a Bollywood blockbuster, my unpredictable life, will be out in stores next month. Go grab a copy of ‘Anusual’:)___*” she wrote on her official Facebook account. A Mahesh Bhatt’s discovery, Aggarwal debuted with ‘Aashiqui’ and shot to fame quickly with her first release but didn’t go far with her career. In 1999, she had a near-fatal accident in Mumbai, which sent her into a 29-day coma. At that point, she said goodbye to Tinsel Town. Anusual is said to be about her life before and after near-death experience. As per her interview in 2013, it contains a chapter titled “Excessive fame and the mother f****r” in, which Aggarwal shares some not so wonderful things that happened to her and about stalker and stardom.

A short report on what really happened to Anu Agarwal