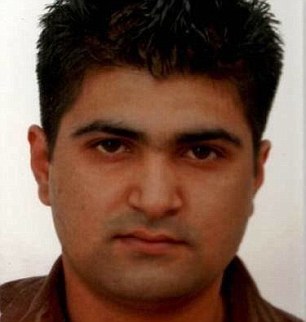 Set up: Taxi driver Waseem Anwar Choudry hid £500,000 worth of heroin in his wife’s dresses as she flew back to London from Pakistan

A British taxi driver has been jailed for eight years after using his wife as an unwitting drug mule to smuggle £500,000 of heroin into the UK.

Waseem Anwar Choudry, from Slough, sewed 7.7lb of the class A drug into eight of his wife Nazreen’s dresses, hoping to conceal it in her luggage.

But border security staff arrested the unsuspecting 28-year-old woman as she stepped off the plane at Heathrow Airport, in London, on June 28.

She claimed during questioning that she had been to Islamabad, in Pakistan, for a two-week holiday and that she had no idea she was carrying vast quantities of heroin.

She told officers that her husband had given her the dresses and had packed her luggage, according to a statement released by the National Crime Agency.

Choudry, who had been due to fly back to the UK several days after his wife, never arrived.

Instead he tried to enter the country without drawing attention to himself, by taking a train from Paris.

He was arrested at St. Pancras station in London six weeks after his wife’s arrest, and admitted to packing her luggage and being involved in plotting to smuggle the drugs into the UK. 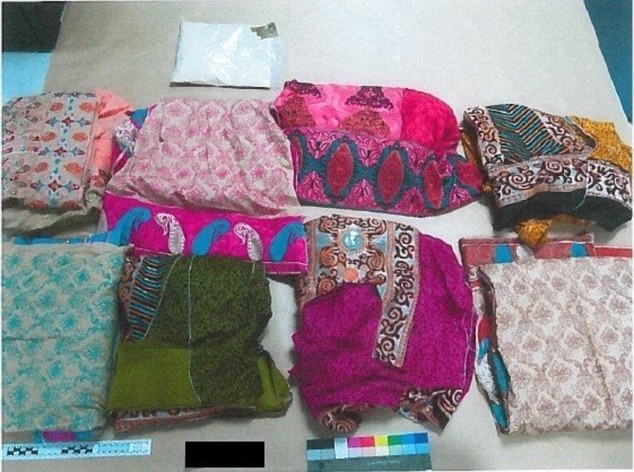 Secret drugs: Choudry, from Slough, hoped that by hiding the packages of class A drugs in his wife’s dresses she would be able to smuggle them into the country for him 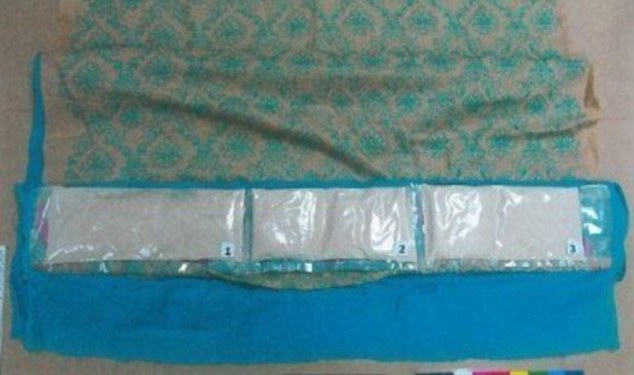 Smuggling operation: Choudry was jailed for eight years at Isleworth Crown Court for his part in the drug plot, while his wife Nazreen was found not guilty

He was sentenced to eight years in jail at Isleworth Crown Court on Saturday.

His wife Nazreen was found not guilty of involvement in the smuggling operation at the same court.

The National Crime Agency’s Siobhan Micklethwaite called the incident ‘a cynical attempt to import a large amount of class A drugs by a man who seemed quite happy for his wife to take all the risks on his behalf’.