Greece’s crippling debt crisis has meant that more women in the European country are selling sex with prices tumbling as low as the cost of a sandwich.

A new report reveals that more Greek women than Eastern European women are working as prostitutes in Greece following the difficult years of austerity.

‘Some women just do it for a cheese pie, or a sandwich they need to eat because they are hungry,’ claims the report’s author, sociology professor Gregory Lazos at the Panteion University, Athens. 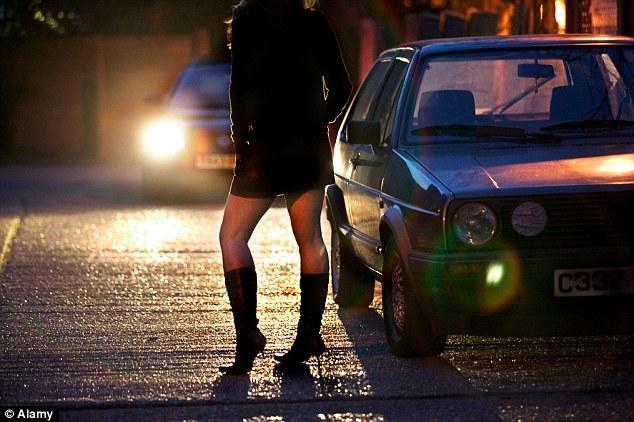 ‘Some women just do it for a cheese pie, or a sandwich they need to eat because they are hungry,’ claims sociology professor Gregory Lazos at the Panteion University, Athens

Professor Lazos said that his study, which records the cases of 18,500 sex workers in Greece, ‘reflects a society in denial about the changes taking place.’

The going rate for sex has fallen from €50 (£35) at the beginning of the crisis, to as low as just €2 for a single session, Professor Lazos told The Times.

The academic carried out the three year piece of academic research, having previously written about trafficking and sexual values in Greece.

‘These cases — about 400 — may be nominal compared with the thousands of other sex workers operating nationwide, but they never existed as a trend until the financial crisis,’ he said.

Greek prostitutes argue during a protest held by more than 50 prostitutes in front of a brothel in Athens 04 August 2003. Athens municipality had threatened to shut down at least 15 brothels for being too close to churches and schools 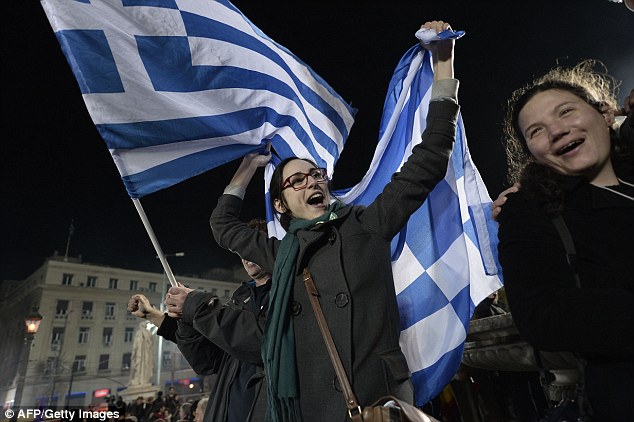 Prostitution is legal in Greece and with the fall in wages and rising unemployment, the industry has been growing rapidly.

‘Factor in the growing number of girls who drift in and out of the trade, depending on their needs, and the total number of female prostitutes is startling,’ Mr Lazos said.

The Greek academic’s findings suggest that Greek women now dominate 80 per cent of the sex trade industry, which has become a €600 million business.

In 2003, over 150 prostitutes in Greece staged a vigil outside a brothel in protest to proposed changes to prostitution laws ahead of the 2004 Olympic Games.

The Greek government had tried to shut down a number of brothels after they were found to be located close to schools and churches.

Only ten of the estimated 525 brothels in Greece are thought to be operating with a legal license.