A brief history of Sarah Khan : She is a Pakistani actress and model who appears in several television series. She made her screen debut with a supporting role in the 2012 Hum TV’s television serial Badi Aapa, and followed it with leading roles in several hit television serials including Mirat-ul-Uroos, Humnasheen, Gohar-e-Nayab, Hum Thehray Gunehgar and Alvida. 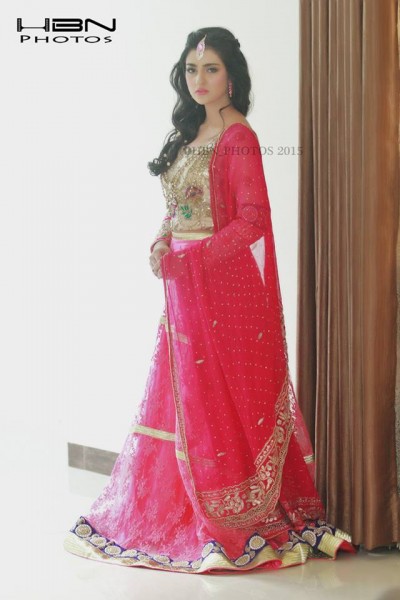