Despite her fear of needles, Brittany Allsop was 16 years old when she got her first tattoo.

The Newcastle resident ‘begged’ her mother to allow her to get a small cross and rose tattooed on her wrist, and so began a love affair with body art.

‘I was petrified, she told Daily Mail Australia, ‘but I’m not too bad now, of course, with any needles.’

The 22-year-old was recently crowned Miss Ink Australia, and said the tattoos were not just art, but a way to cover the scars she was teased for as a child. 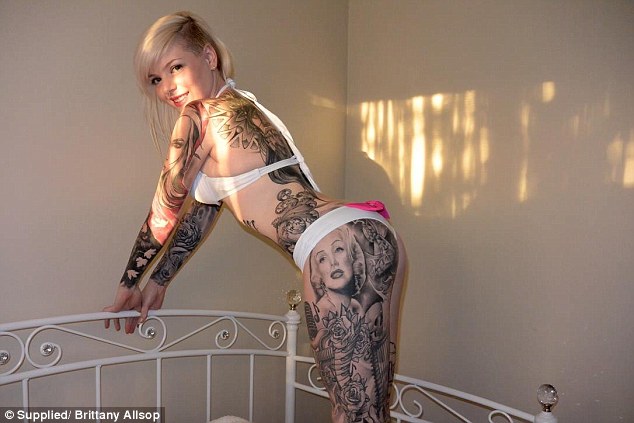 Inked and proud: The Newcastle resident got her first tattoo at 16, a tiny cross and rose on her wrist, despite her fear of needles

‘I used to get picked on when I younger as I had an allergy to mozzie bites,’ she told DMA.

‘On my legs it used to look like chicken pox scars.

‘I used to say I would get tattooed one day and cover my scars.’ 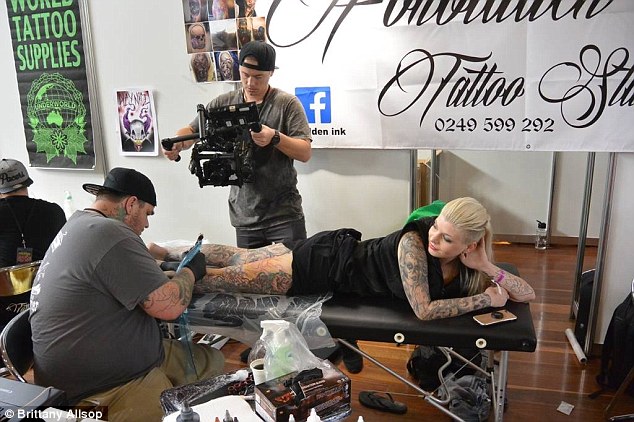 More than just art: Mrs Allsop said she used to get picked on when she was younger for the scars she had on her legs as a result of a mosquito bite allergy

Body confidence: ‘I used to say I would get tattooed one day and cover my scars,’ she said

Miss Ink Australia is similar to other beauty pageants as women compete in daywear, swimwear, formal wear and talent in addition to tattoo quality.

‘I find it helps with women’s self-esteem,’ Mrs Allsop said.

‘Otherwise there’s no real competition where tattooed women can dress up and look beautiful.’ 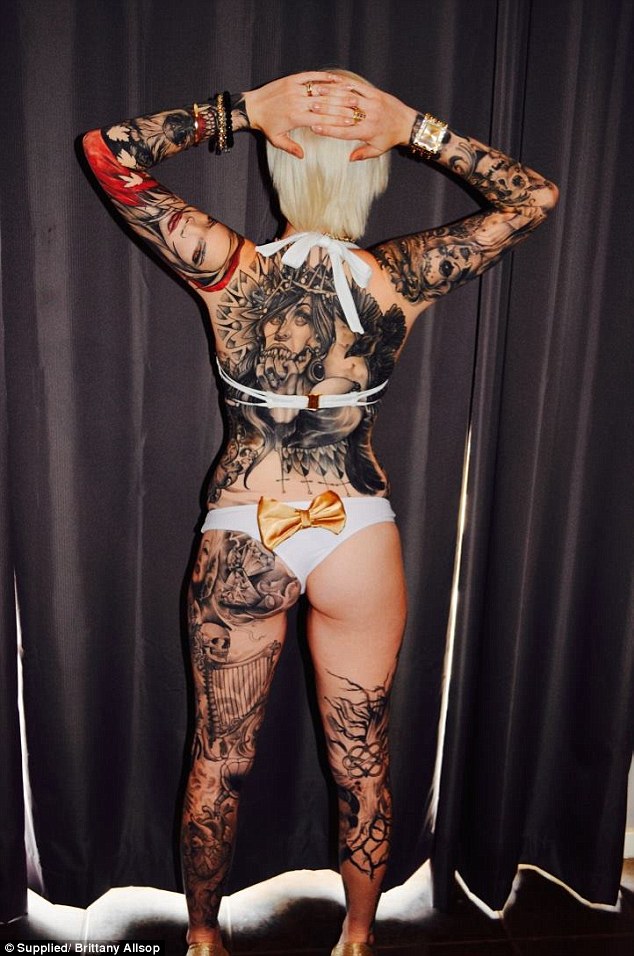 Despite the positivity that surrounded the event, the subsequent publicity has seen Mrs Allsop the victim of online critics who slammed her decision to tattoo her body.

I used to say I would get tattooed one day and cover my scars
Brittany Allsop, 22

Mrs Allsop said people would criticise her choice and question how her tattoos would look as she ages.

‘It was kind of hard when I first read them, I was shocked that people would go out of their way to criticise,’ she said.

Mrs Allsop found support in her friends and family and said without them, she probably would have ‘curled up in a ball’.

Through her role as Miss Ink Australia Mrs Allsop will help other contestants throughout the year and will sit on the judging panel at next year’ pageant. 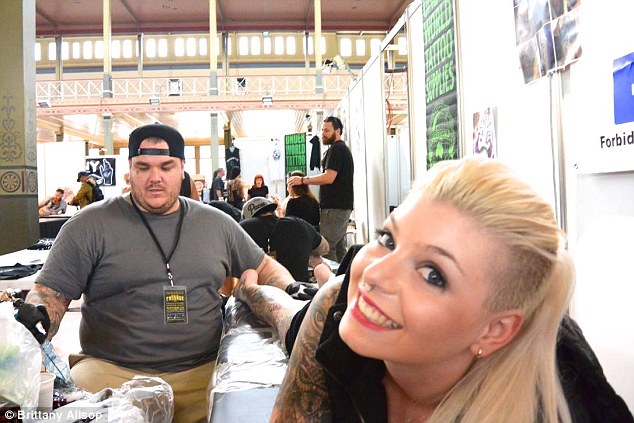 Future goals: Mrs Allsop hopes to return to stage after the birth of her baby, the Newcastle resident is currently 15 weeks pregnant

Mrs Allsop is currently 15 weeks pregnant, and said once the baby arrives she might consider a return to the stage.

She hopes to continue her body art and said while there is ‘not much space left’ she planned to get infill work done around the larger pieces.

‘I pretty much want everything covered except my hands, neck and face,’ she said.