Australian bowler Sean Abbott was visibly distraught today after learning of the death of batsman Phillip Hughes who suffered a fatal head injury from one of his bouncers.

The young cricketer wiped away tears after visiting the hospital where Hughes passed away surrounded by family and friends three days before his 26th birthday.

As the popular batsman is mourned and remembered fondly worldwide, the cricketing community has rallied around the 22-year-old bowler over fears for his emotional well-being.

Past and present players have come out to offer their support to Abbott, insisting the tragic death was not his fault.

Hughes’s friend and broadcaster Alan Jones also took to the airwaves to say the late batsman ‘would in no way hold Sean responsible’.

The batsman, from Macksville, New South Wales, never recovered after a ball delivered by Abbott struck him in the back of the head while he was playing first-class cricket at the Sydney Cricket Ground on Tuesday afternoon. 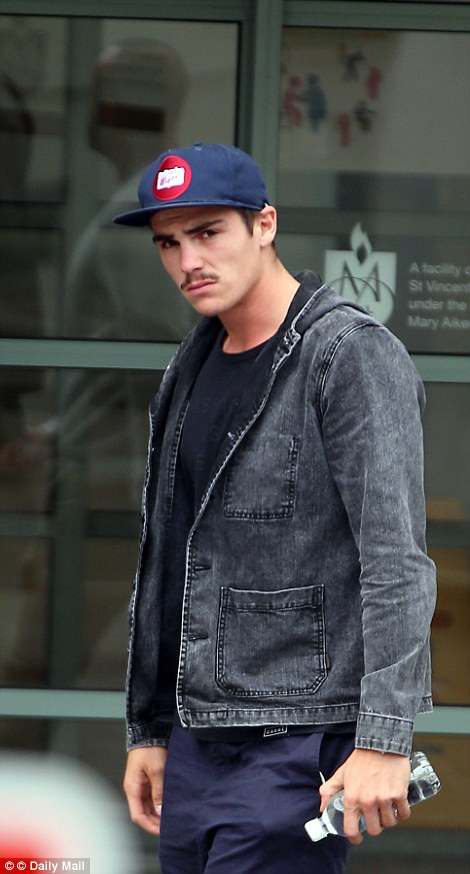 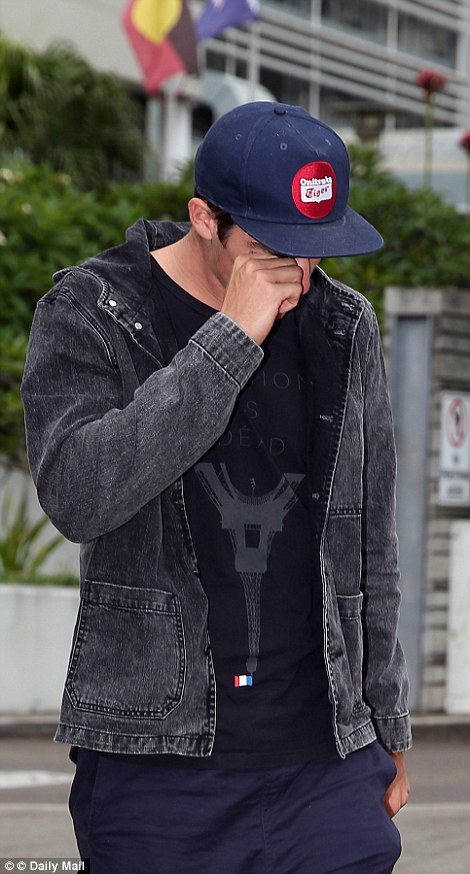 ‘Phil would in no way hold Sean responsible’: Bowler Sean Abbott wipes away tears after learning of the death of Phillip Hughes as the batsman’s friend and broadcaster, Alan Jones, and the cricket community rallied behind the young cricketer 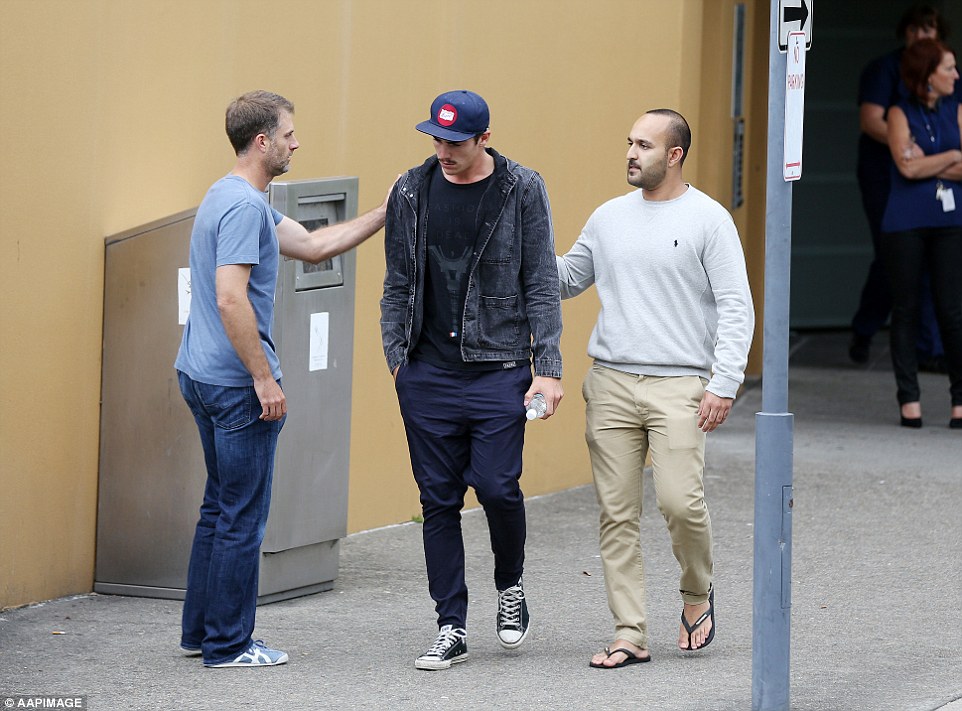 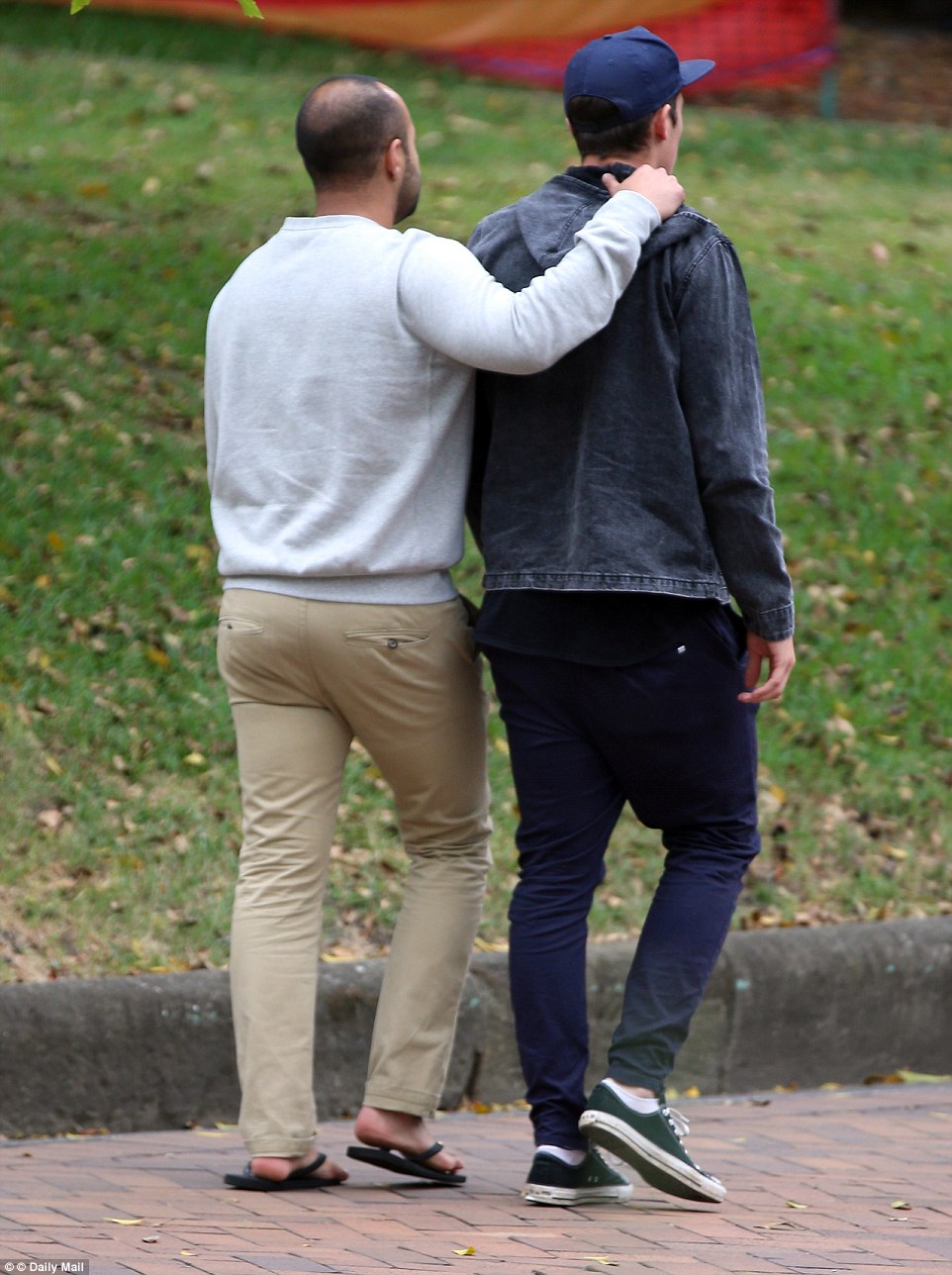 Embrace: Abbott was among the first people to hear the tragic news

Hughes, who was transported to St Vincent’s Hospital after collapsing on the pitch while playing for South Australia, underwent emergency surgery and was placed in an induced coma on Tuesday.

His death was announced by Cricket Australia barely more than 48 hours later.

Abbott was seen arriving at St Vincent’s in a navy baseball hat to visit Hughes and left wiping away tears after learning of the batsman’s death.

Team doctor Peter Brukner told reporters Hughes never regained consciousness following his injury and that he was not in pain when he died.

‘As a cricket community we mourn his loss and extend our deepest sympathies to Phillip’s family and friends at this incredibly sad time,’ Dr Brukner said.

‘We’re devastated at the loss of our much loved son and brother, Phillip,’ a composed Clarke read bravely, refusing to look up from the statement in front of him.

‘It’s been a very difficult few days, we appreciate all the support we have received from family, friends, players, Cricket Australia and the general public.

‘Cricket was Phillip’s life and we as a family shared that love of the game with him,’ Clarke continued.

‘We would like to thank all the nursing and medical staff at St Vincent’s Hospital and Cricket NSW medical staff for their great efforts with Phillip.’

Michael Clarke finished the statement with the simple yet powerful words: ‘We love you.’ 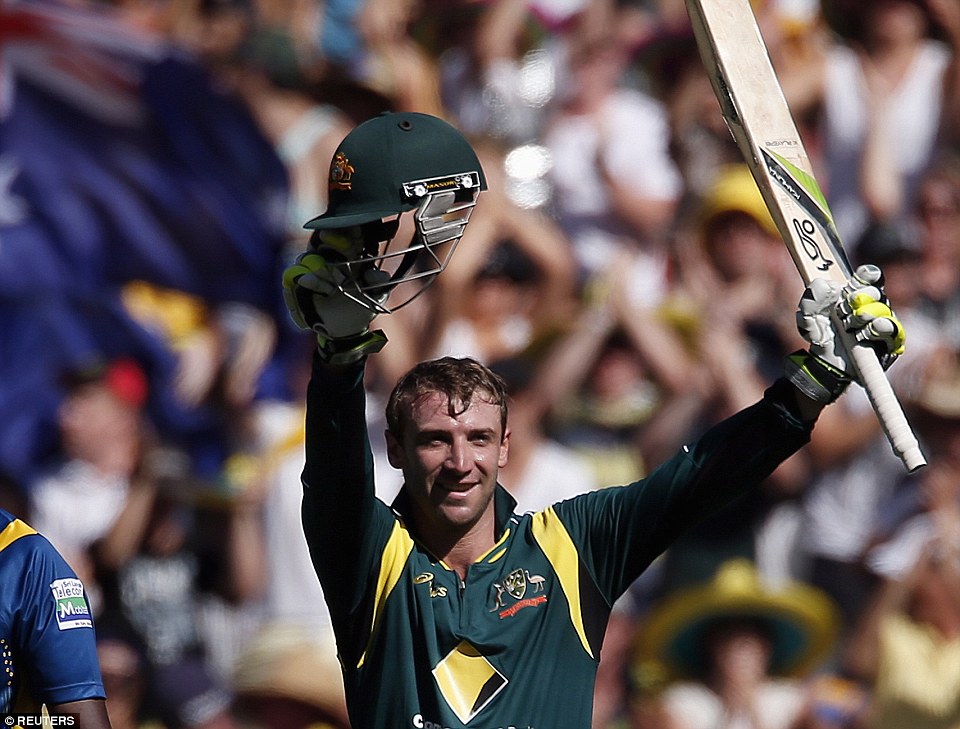 Phillip Hughes died on Thursday afternoon, two days after he copped a brutal bouncer to the head during the Sheffield Shield clash at the Sydney Cricket Ground. He was set to turn 26-years-old on Sunday 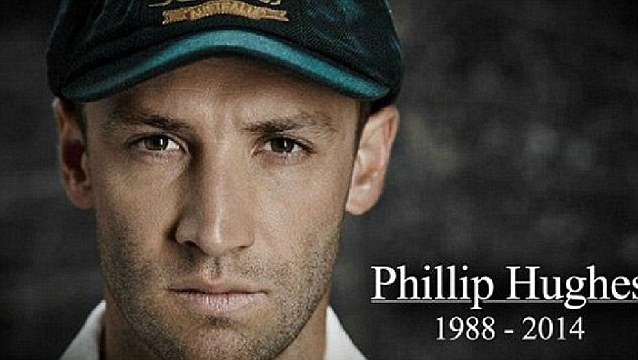 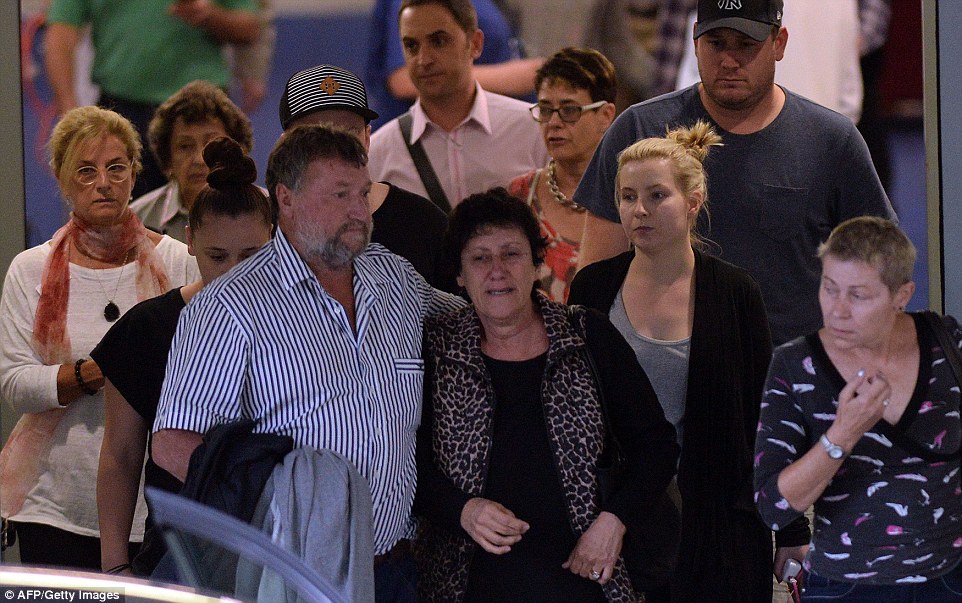 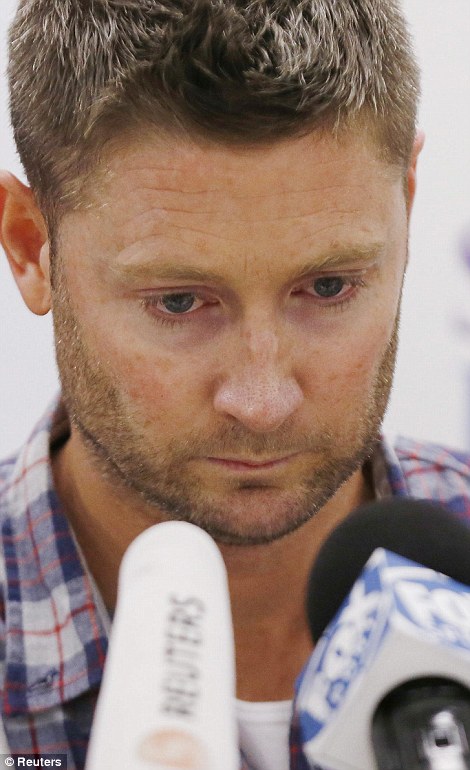 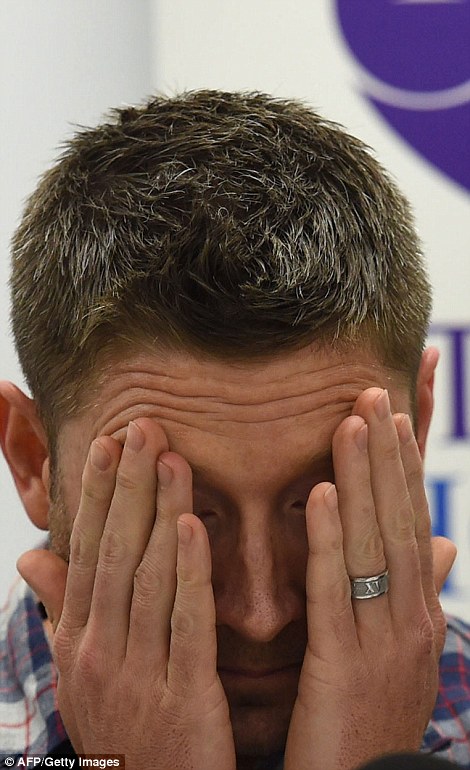 ‘We love you’: An emotional Australian skipper Michael Clarke read out a statement on behalf of Hughes’ family

Legend: Hughes was a keen cricketer, even as a youngster in Macksville (left). As a professional cricketer, he would go on to beat on of Don Bradman’s record. Hughes holds the highest percentage of runs scored by one man in a first class match

Deaths are rare in cricket, although Hughes is the second player in two years to sustain a fatal blow.

Darryn Randall, who was 32 and a former first-class player in South Africa, was killed after being struck on the side of the head during a Border Cricket Board Premier League match in the Eastern Cape last year.

In 1998, former India test player Raman Lamba died after being struck on the head while fielding during a domestic match in Bangladesh.

Nottinghamshire’s George Summers died after being hit on the head while batting at Lord’s in 1870, and Abdul Aziz died after he was hit over the heart in a 1959 Pakistan first-class match.

Outside the hospital, the first sign Phillip Hughes had died was when the players and friends who had been gathered in St Vincent’s coffee shop left en masse to go upstairs to Hughes’ bedside at 3pm.

A shocked-looking Ricky Ponting and batsman Steve Smith left the hospital 45 minutes later, while others stayed behind still trying to take in the harsh reality.

From the hospital, family and friends made their way to SCG – where the tragedy unfolded – and spent poignant moments remembering the fallen cricketer.

Dr Bruckner told reporters the artery leading from his neck into his brain had compressed, leading to a ‘massive bleed’ onto the brain’.

‘There’s only about 100 cases ever reported, so this is incredibly rare,’ Dr Bruckner told reporters.