(Pak Destiny) Anchor Javed Chaudhry has demanded registration of a “murder case” against Railways Minister Khawaja Saad Rafique for failing to install modern signalling and tracing systems which resulted in the killing of a number of people in recent train accidents.

“It is pity that Pakistan Railways is still struggling to have a modren signalling and tracking systems and Khawaja Saad Rafique in three-and-a-half-year being wholly solely incharge of the ministry miserably failed to deliver and replace the old signalling and tracking systems with the latest ones,” Javed Chaudhry said in his talk show on Express News.

Javed Chaudhry further said: “A murder case should be registered against Khawaja Saad Rafique for killing nine people who lost their lives in two train accidents in Multan and Sahiwal because of old signalling system. Saad Rafique is highly incapable of running the railways ministry and these incidents show his incapability to the core,” he said. 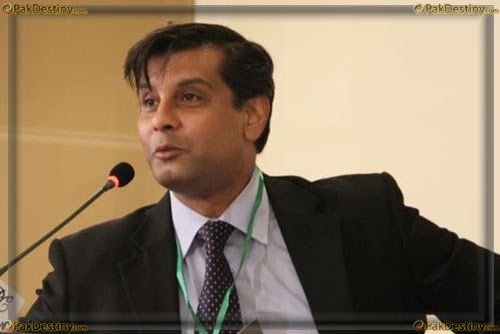 Javed Chaudhry is not alone in the media who raised voice in ‘blunders, irregularities and illegalities’ of billions of rupees in the railways under Saad Rafique. Chaudhry is joined by another anchor Arshad Sharif who exposed Rs22billion corruption in signalling system and questioned as why Saad Rafique put the audit report revealed the corruption under the carpet.

Arashad Sharif in his talk show on ARY News grilled the Saad Rafique and demanded independent probe into Rs22bn corruption in signalling systems.

Various Indian publications also carried a story about the corruption in railways under Rafique.

According to Press Trust of India’s report published in NDTV, Pakistan Railways has been hit by a Rs 16-billion scam relating to replacement of its colonial-era signalling system with a modern system, according to an internal audit report. Despite investing heavily, Pakistan still rely on a signalling system from the colonial era. Two recent accidents in Punjab province, in which nine persons were killed and over 150 injured, were reportedly caused by “out-dated signalling systems”.

According to the Internal Audit Report, two projects to update the signalling systems were awarded to a consortium of Bombardier Transport and China Railways Signal and Communication Corporation (BT-CRSC) in 2008-09. “The project cost had swelled to Rs 16 billion till 2014.
The incumbent administration under Khawaja Saad Rafique, Railways Minister, allocated additional Rs 7 billion but the projects could not be completed,” the report said. The report has recommended sending the matter to the National Accountability Bureau (NAB) for criminal proceedings against the contractor and officials responsible for the fraud. Interestingly, the minister completely ignored the 98-page audit report and allocated the additional Rs 7 billion for the projects in violation of prescribed rules.

“We are looking into the matter and refer it to the NAB for investigation,” a government official told PTI. “All those responsible for fraud in the signalling system projects will be taken to task,” he added.
More than 400 train accidents have happened since Rafique took over in mid-2013, according to the railways record.
In most cases the railways’ chief has blamed drivers for the tragedies.
The driver involved with last week’s collision between a passenger and a freight train claimed that the signal was green and hence the confusion led to the accident.
It will be interesting to see when Prime Minister Nawaz Sharif takes notice of this corruption scandal and replaces Rafique with some competent person in the PML-N. — Pak Destiny