PakDestiny News Desk – She shot to fame thanks to her incredible hourglass figure after appearing on the cover of the Sports Illustrated Swimsuit Issue back in 2011.

But now Kate Upton has revealed her curves in a series of dramatically different atmospheric shots.

The 20-year-old model has posed for V magazine in a series of poses that evoke the seedy spirit of the early ’60s. 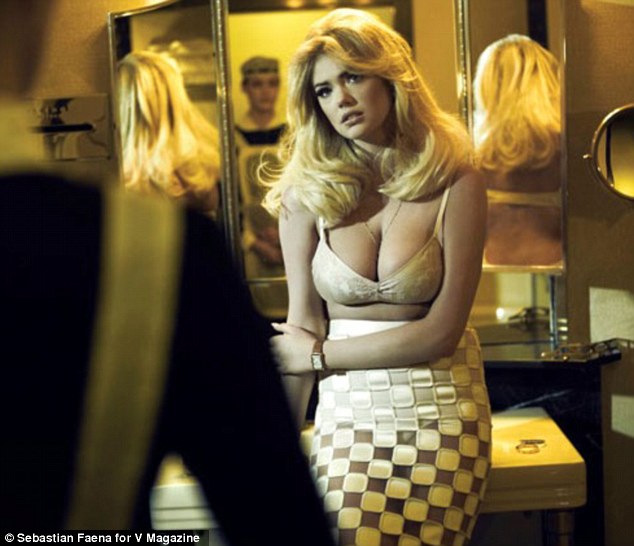 Retro ravishing: Kate Upton is the star of this arresting shoot by Sebastian Faena for V Magazine

Wearing a series of period outfits; the blonde beauty (who is sporting an appropriately mid-century bouffant and thick eyeliner) poses in a series of hotel based shots.


Some with a lover, and one rather arresting image of her wearing a pencil skirt and a bra while looking in a mirror that contains the reflection of a shocked hotel maid.


Sebastian Faena, who shot the feature: ‘Kate was an actress during this shoot. A good one, very sensitive and played the part of a confused, kept housewife with irony. She has star quality. She is like nobody else today.’ 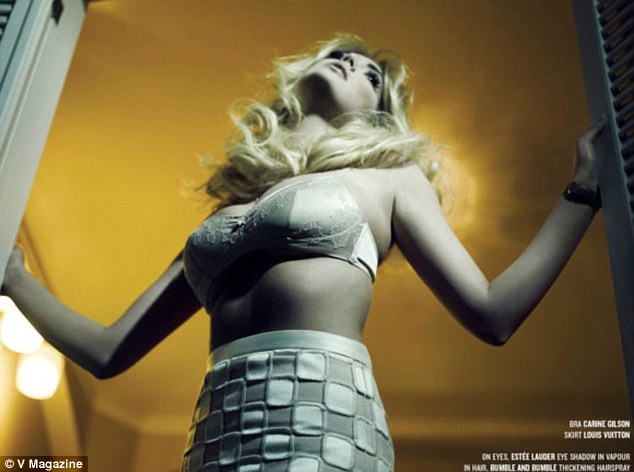 Sultry: Upton plays the part of a ’60s siren enjoying a steamy tryst in a hotel room 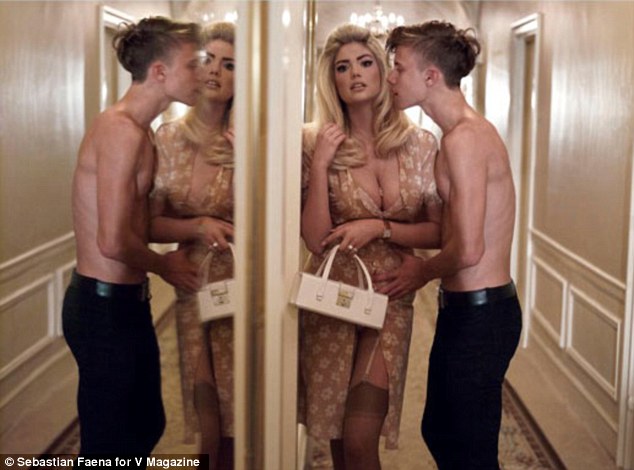 Sexy: The pictures are hugely evocative and show Kate in a new light

The star has certainly plenty to celebrate of late after ranking in third place behind Jennifer Lawrence and Mila Kunis on AskMen.com’s Most Desirable Women of 2012 poll last week.

Meanwhile, the model also made her debut on the cover of British Vogue in the January 2013 issue, with editor Alexandra Shulman admitting she was keen to embrace a woman with a curvier figure for the New Year.

She said: ‘It’s very rare for a girl; to move from one area of the business to the other, largely due to the fact that fashion models are almost without curves, whereas swimwear girls are celebrated for them. 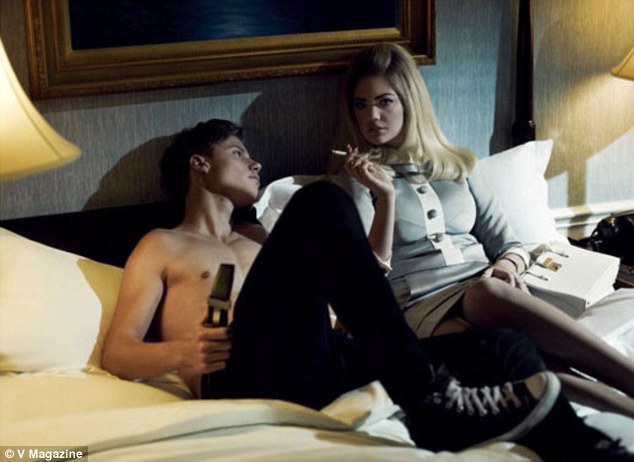 Prim: The beauty also slipped into a twinset to lie on the bed with her semi-naked man 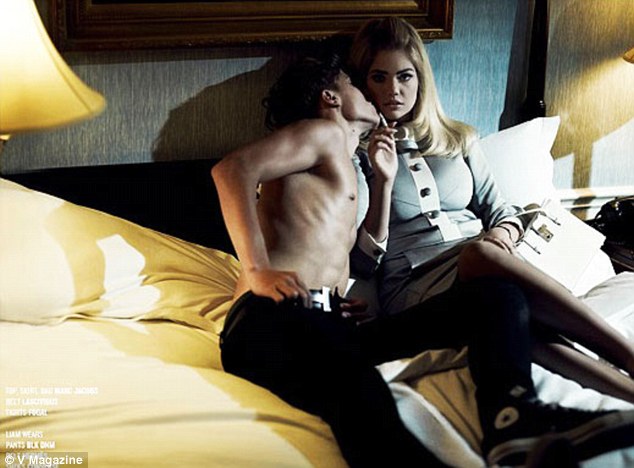 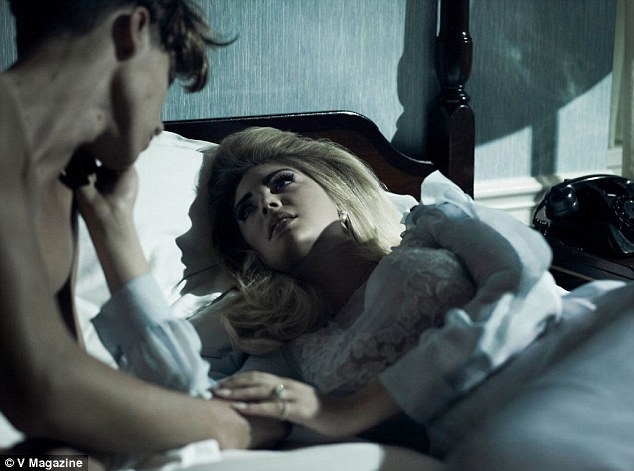 ‘When I decided to shoot Kate for our first cover of 2013, it was to kick off the year with a young women who is not a stereotypical fashion model – although, let’s face it, she’s hardly a heffalump!’
Although Kate is now blessed with enviable curves, the star previously joked she used to suffer from ‘boob envy’ while at High School.


Speaking previously about her most famous assets, she said: ‘I don’t really know what the appeal is about boobs. But I do know that when I was in junior high, I used to be made fun of – for being flat-chested.

‘Everyone would go, “She’s not pretty! She doesn’t have boobs!” So I always had boob envy. And when finally I went through my growth spurt, and they appeared, and I just loved them. So that’s why I like boobs, because I didn’t have them, and