Islamabad, April 23 (www.pakdestiny.com) Will anyone dare to file a petition in the Supreme Court to expose those anchors, journalists and media houses owners receiving ‘huge sum of money’ from different political parties, ISI and America’s CIA.

Does Hamid Mir or Absar Alam have courage to do so as they did by filing a petition to expose those received funds from information ministry’s secret funds? Perhaps they will not knowing that big names could be surfaced.

Soon after the first list of those received money from the secret funds was out, the anchors started doing the programmeson different channels and tried to anticipate their possible names in the second list.

The most notorious one was Dr Shahid Masood who received millions from the PPP government covertly and also by assuming the office of PTV managing director. He in Kashif Abbasi’s programme on ARY on Tuesday was shamelessly advocating honesty in journalism profession. Kashif should not have invited such a shamless person in his programme as he (Kashif) is considered clean.

A clean anchor or journalist should move the court and file a petition to expose those anchors, journalists and media houses owners who are receiving money from the Sharifs, Zardaris, agencies and others.

Before discussing this list the anchors should not forget the list of Malik Riaz beneficiaries. For their reminder Pak Destiny is again publishing it. It is learnt that if such a least is out in the future it would not be different from that of Riaz’s one. -Pak Destiny 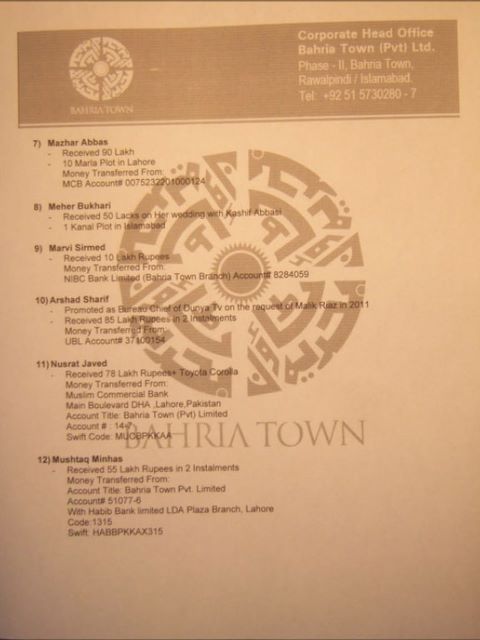