Arshi Khan ready to get “Married” with Shahid Afridi. The model made another tweet, saying she is ready to marry Shahid Afridi if the cricketer wants to.

For those who keep asking.. yes I am ready to marry @SAfridiOfficial if he asks me to. So stop asking the same question again. @ndtv @iamsrk

However, there has not been any reaction from Shahid Afridi, who is married to Nadia Afridi and has four daughters. 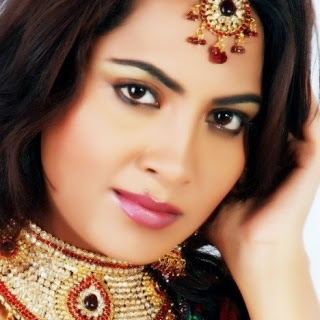 Meanwhile, Indian model and actress Arshi Khan reportedly received ‘threat calls’ from Pakistan after her recent claim that she had ‘slept’ with Pakistani cricketer Shahid Afridi. A police complaint has been registered with regard to the ‘death threats’ at the Malad Police Station in Mumbai.

“I have got several threatening calls which seem to come from Karachi and Lahore in Pakistan, over the last two days. They have threatened to kill me because they claim that I am a disgrace to Islam,” India News Network quoted Arshi Khan as saying.

In her complaint, Arshi Khan has reportedly stated that some unknown callers threatened to kill her. Apart from death threats, the callers allegedly used abusive language and threatened to rape her and throw acid on her face if she visits Dubai. In the police complaint, she said that she had earlier shared pictures on social media of a party that she attended at Dubai which was also attended by a few Pakistani cricketers.

The India News Network report also stated that while the police could do very little in this regard as it is an international issue, Arshi Khan claimed that she received threat calls from Meerut, Delhi and Jammu & Kashmir also.

Arshi Khan got into a controversy when she stated about her intimate relationship with Shahid Afridi on Twitter. “Yes, I had sex with Afridi! Do I need the Indian media’s permission to sleep with someone? It’s my personal life. For me it was love. (sic),” tweeted Arshi Khan on 8 September.

There have been reports that Arshi Khan and Shahid Afridi are having an affair but the Indian model has been denying the same until she made the above-mentioned tweet.

While some are considering this a ‘publicity stunt’, Arshi Khan claimed that she just spoke the truth. “This is not any publicity stunt. I do not need to do such stupid things merely for publicity. I come from a very rich family and by the grace of God, I have lots of work. I am shooting almost every day,” said Arshi Khan. – ibtimes