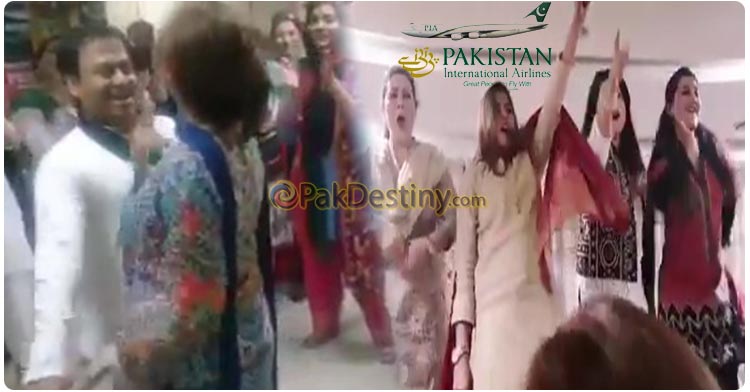 (Pak Destiny) Most Pakistani TV channels owners are sick to the core that they want this society to be sick too.

Main Amer Mahmood’s Dunya TV was the first that aired the ‘dance’ of PIA airhostesses on the victory of People’s Unity in 2018 PIA refrendum.  It was followed by SAMAA, ARY, C24 and others.

All toeing on one line… PIA airhostesses did highly immoral thing to dance. These media out lets targeted the celebrations of the PIA staff forgetting what the staff of these news channels do on get together. The point is… these channels do not broadcast what they do in celebrations. Even a lot more stories doing the round in media what these owners, male anchors and other top staff do with female anchors. These TV channels should stop doing moral policing. Anchor Maya Khan was one of such example of moral policing for which was condemned bitterly in the past.

It is better for Pak media to focus on real issues instead doing moral policing.