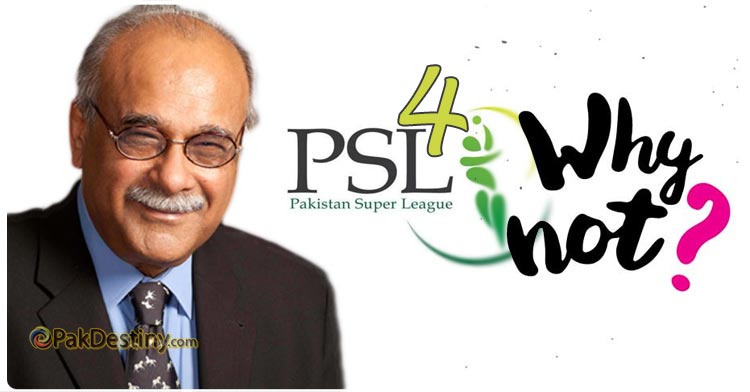 As the PSL-3 concluded in Karachi with Islamabad United emerged champion defeating Peshawar Zalmi there has been calls from different quarters to hold fourth edition of the PSL in Pakistan after refusal of some foreign players like Shane Waston and Peterson.

Does Sethi have any vested interest not to hold the PSL-4 in Pakistan despite frenzied response to the people here. “What is easily manipulated in Dubai which is not possible here, a million dollar question to ask.” Already the PSL-2 was marred by fixing while this certain doubts of spot-fixing have been raised in this PSL-3. “Sethi if really sincere and fair with the game should hold the PSL-4 in Pakistan otherwise it will be suspected that he has some other designs to follow.” Pak Destiny