By Sarmad Ali
Islamabad July 9 (http://www.pakdestiny.com) While property tycoon Riaz Malik has exposed a good number of anchors and journalists for receiving favours worth millions of rupees from him, some of them and others are also on pay roll of the political parties and the establishment to further their agenda.

Besides, the PML-N has also given a flat each in Sharja to anchors Javed Chaudhry, Hamid Mir and Kamran Khan and journalist Pervaiz Bashir. You will notice these four journalists never do an ‘anti-PMLN’ program, and the reason is quite understandable. 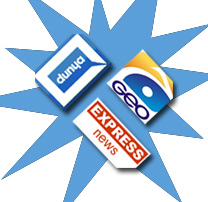 Mubashir Lucman is most successful anchor in terms of receiving favours and monthly from almost all mainstream parties except the PML-N of whom he is a sworn enemy. He is also a favourite anchor of the establishment ready to further its agenda for ‘handsome bucks’.

Aftab Iqbal has received a precious piece of land on Badian Road from a wealthy political party of Lahore. He is constructing a farm house there.
Muhammad Malick is a known sympathizer of the PML-N for his past favours.
The question is whether these journalists are corrupt or the politicians and establishment that bribe them. (http://www.pakdestiny.com)